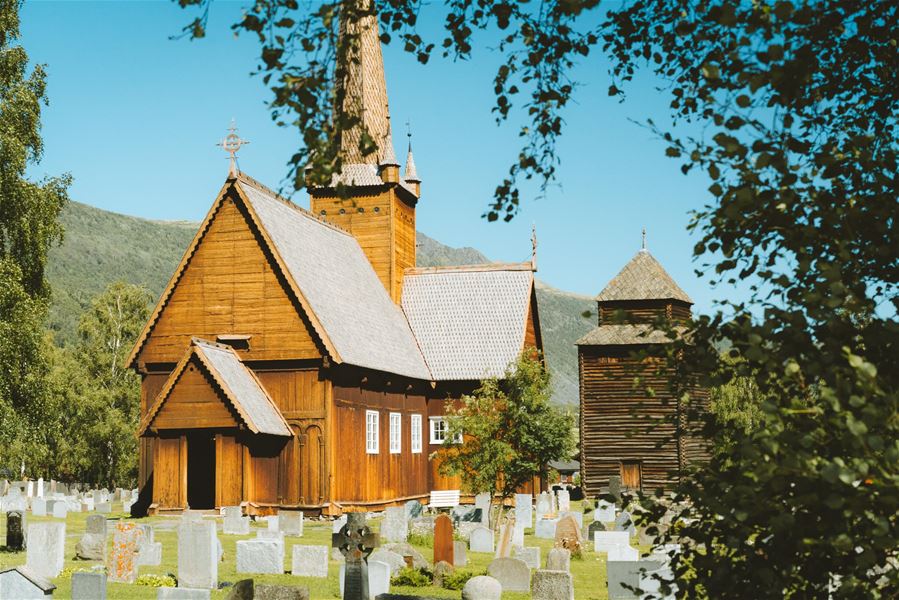 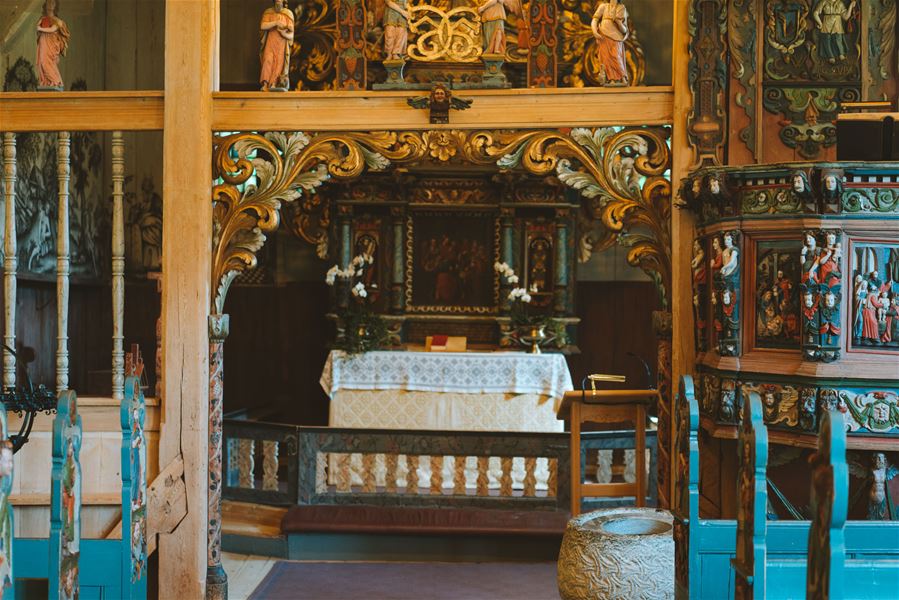 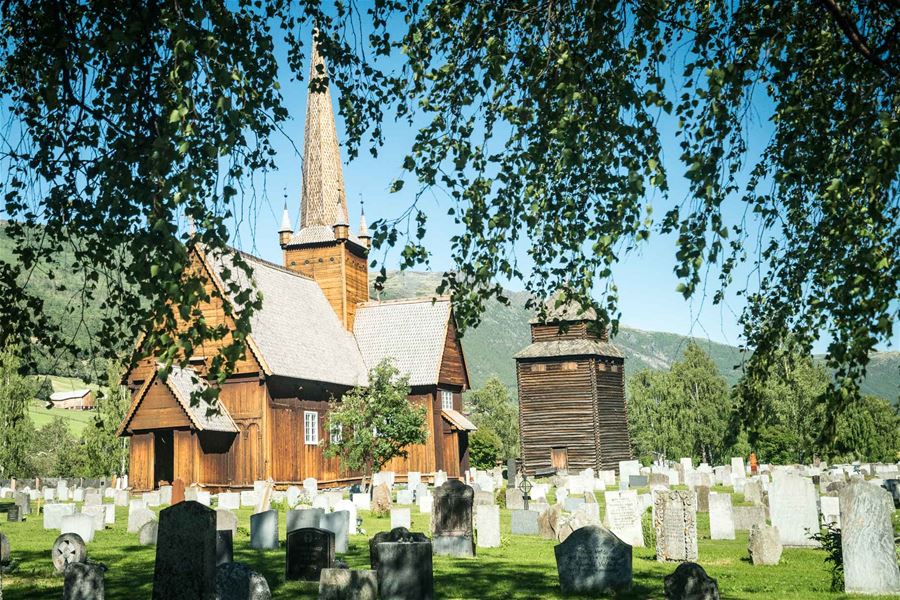 Vågåkyrkja is located in Vågåmo and was built in the years 1625-1630 by Werner Olsen.
From the outside, the church looks as it did when Werner Olssen built it. But the sacristy of lafta timber on the north side of the choir was built later in the same century. In connection with a major restoration work in 1914, the church was thoroughly restored and restored.

The bench beams as they stand today are, with the exception of two, cut and painted by Ragnvald Einbu during the restoration work in 1914. The floor in the church was vaulted in 1914 and 1976, the last time a new floor was laid in large parts of the church. Under the church there were mortuaries until 1860.