The legendary Dovrefjell mountain range towers mightily over the plains and valleys, with the highest mountain Snøhetta rising 2286 metres above sea level. You'll find here that nature and culture go hand in hand.

At the top of Gudbrandsdalen valley, at the division between southern and central Norway, lies the nations sanctuary - Dovrefjell. It has a near-intact ecosystem with wild reindeer, wolverines, arctic foxes, ravens and golden eagles. Norway's only herd of musk oxen also roam on Dovrefjell.

Dovrefjell-Sunndalsfjella National Park is awash with possibilities for outdoor pursuits. Travel on foot or on skis and spend the night wherever you want. To the east you will encounter gentle hills and relatively dry terrain; to the west, steep, craggy mountains and deep valleys. A trip to Snøhetta mountain is highly recommended. Start at Kongsvoll and walk into Reinheim, or take the bus from Hageseter and Hjerkinnhus to Snøheim. The bus route normally operates from the beginning of July until the middle of October. A less strenuous way to experience Snøhetta mountain is from Viewpoint Snøhetta, the Norwegian Wild Reindeer Centre's pavilion on Tverrfjellet mountain at Hjerkinn, open from 1 June to 10 October.

With its occasionally harsh winter weather and snow storms, road closures are about the only thing reported from Dovrefjell during winter. What many don't know is that Dovrefjell offers completely unique and magical experiences during winter, and best of all there's a direct train into the mountains! Here are a few of Dovrefjell's unmissable winter wonders:

When the men at Eidsvold declared "united and faithful until Dovre falls", it was testament to how central these mountain are to Norwegian identity and cultural history. It was long believed that Snøhetta was the highest mountain in Norway - understandable when one encounters the rocky giant standing alone, towering authoritatively over the mountain plateau. Snøhetta is in fact Norway’s highest summit outside of Jotunheimen and there are so many reasons to visit.

Get Close to Nature at Viewpoint Snøhetta

See Dovrefjell at its very best. Experience the wilderness, culture and architecture that has already captivated thousands of visitors. Viewpoint SNØHETTA is an architectural viewing pavilion on Tverrfjellet mountain at Hjerkinn. The building was designed by Snøhetta architects and opened in 2011. 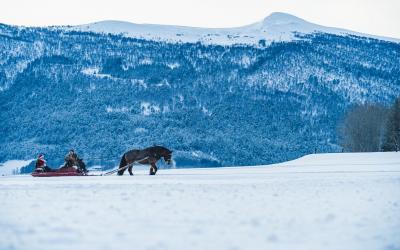 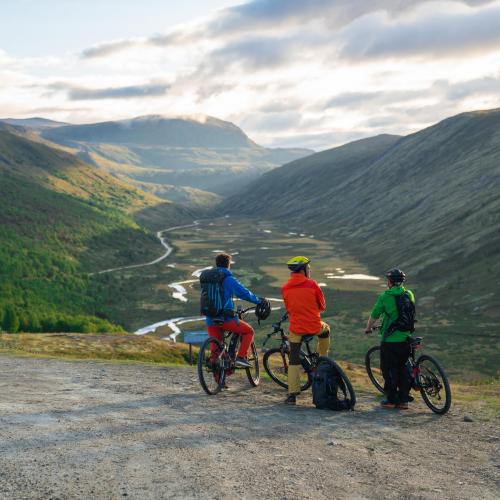 Since time immemorial, Norwegians have struggled to cross Dovrefjell - now you 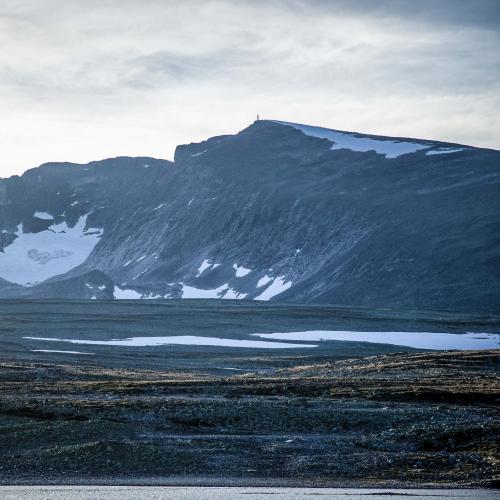 Snøhetta towers strong and white in the Dovrefjell landscape, where nature and 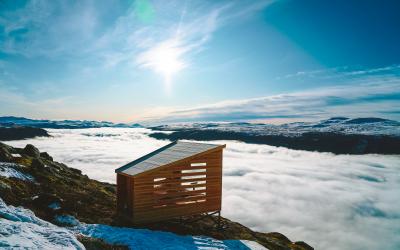 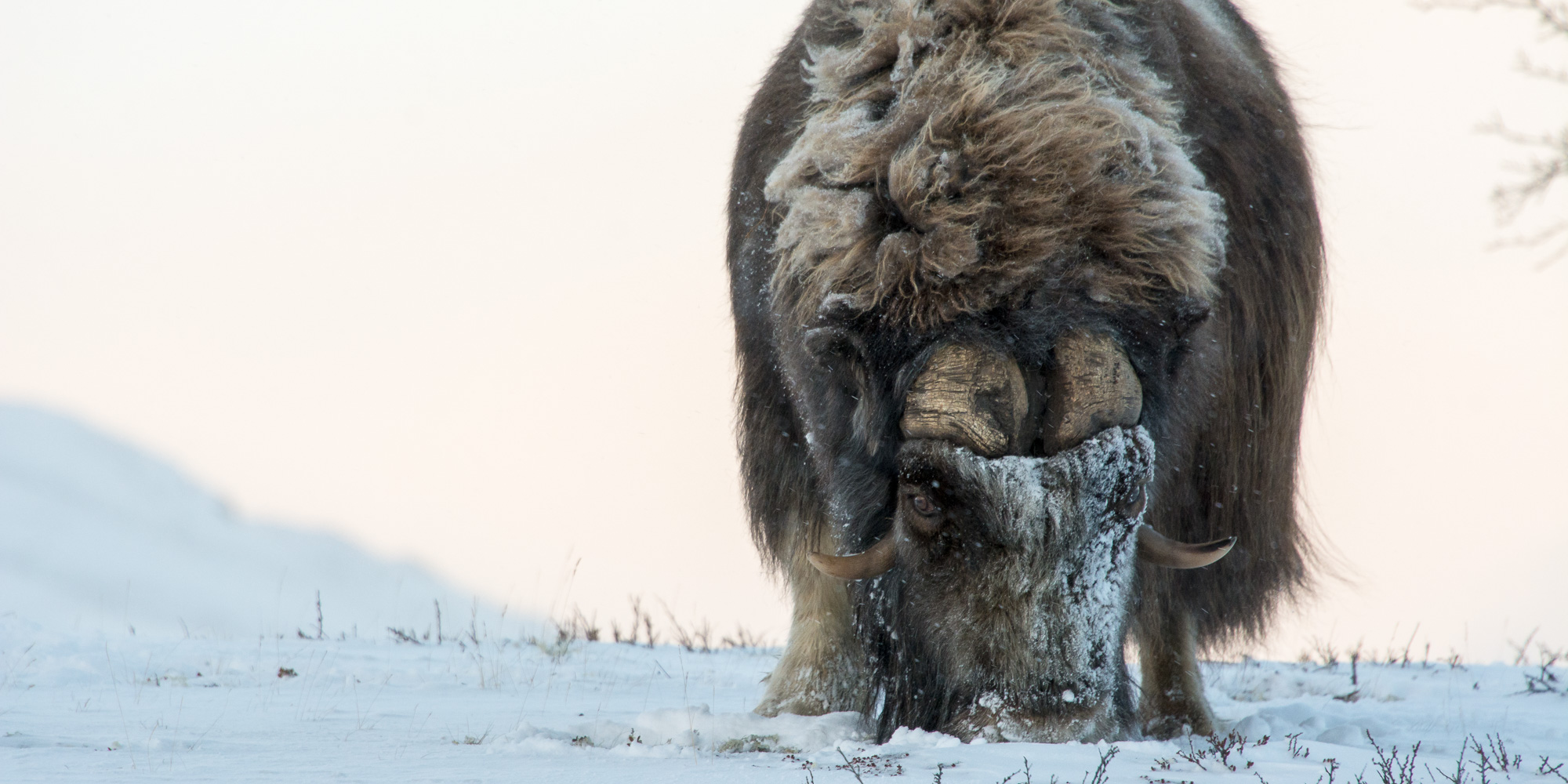 Musk ox died out in Europe during the last ice age, but new herds have now made Dovrefjell their home after several releases between 1932 and 1953. With its compact body and thick fur, these herbivores are well equipped to withstand harsh winters in the mountains. Musk oxen pay little attention to human visitors, but may attack if they feel threatened. To avoid unpleasant encounters with musk oxen, keep a distance of at least 200 metres.

Since time immemorial, Norwegians have struggled to cross Dovrefjell - now you can cycle the entire mountain range and then recharge your batteries with farm-made waffles.

The new cycle path over Dovrefjell lets you journey on two wheels through three national parks: Rondane, Dovre and Dovrefjell. Along the way you will marvel at iconic mountains, idyllic landscapes and Norway's most beautiful farm valley. 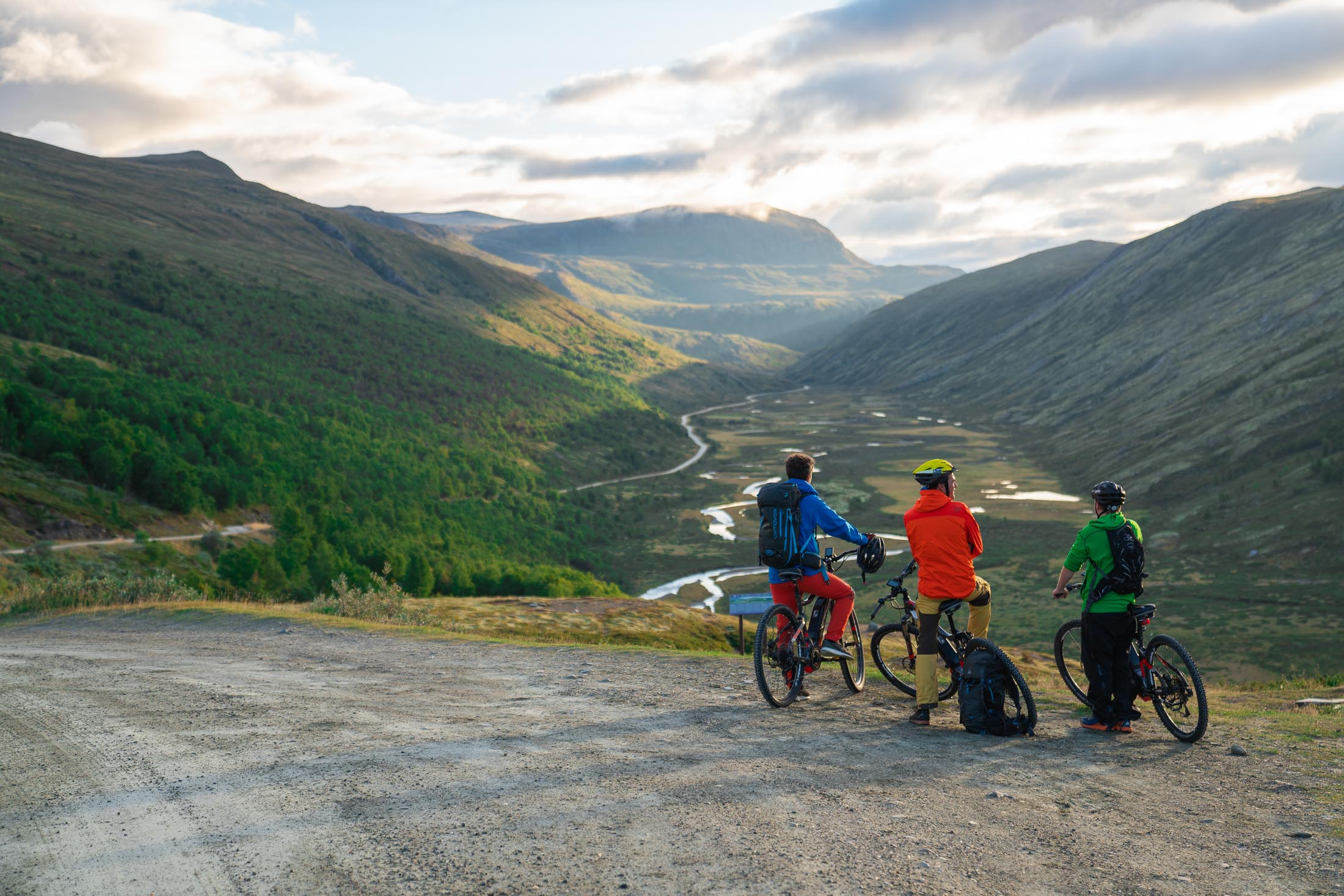 Activities and restaurants near Dovrefjell: