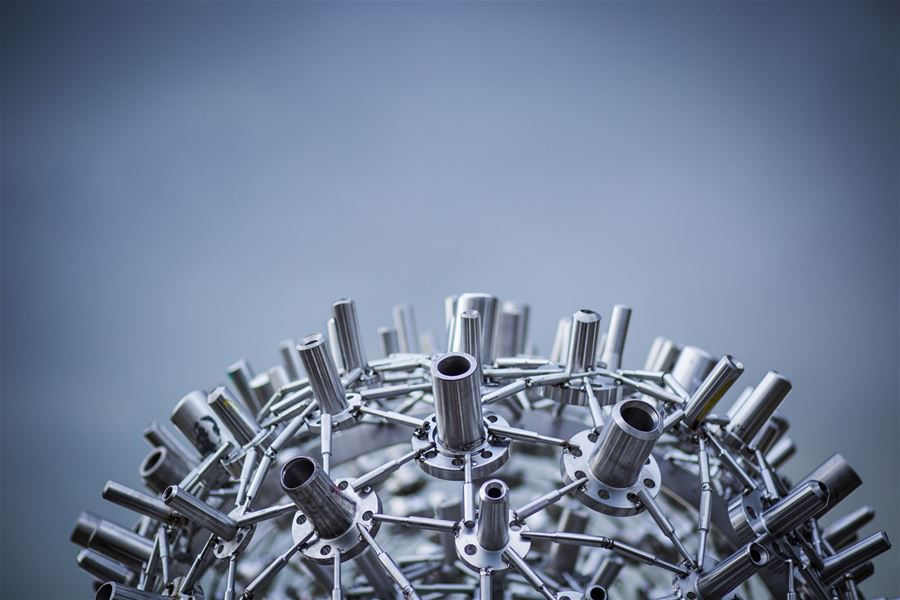 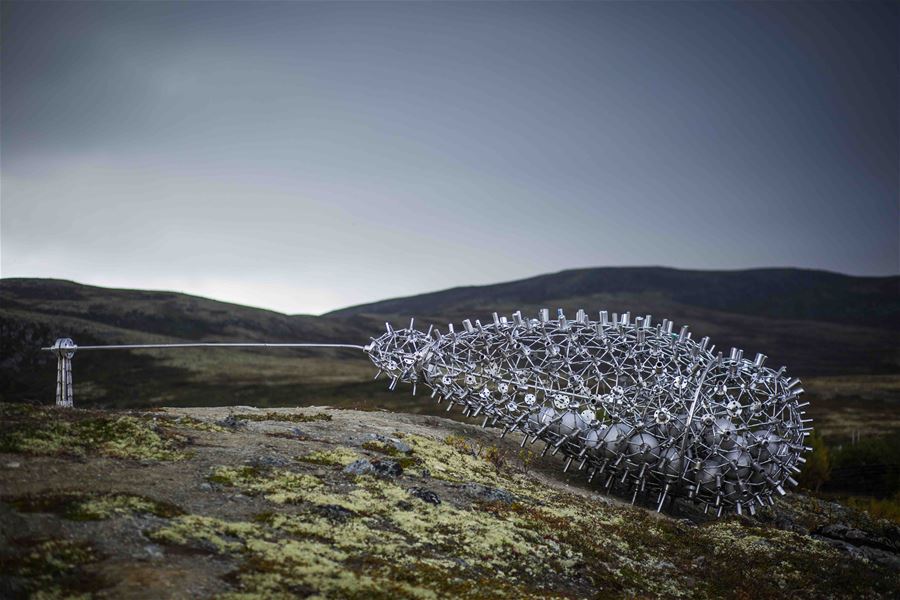 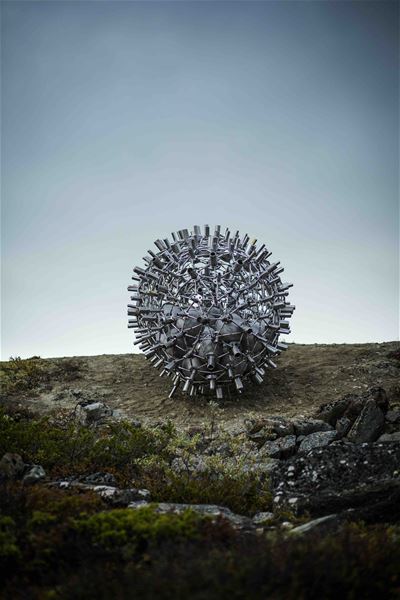 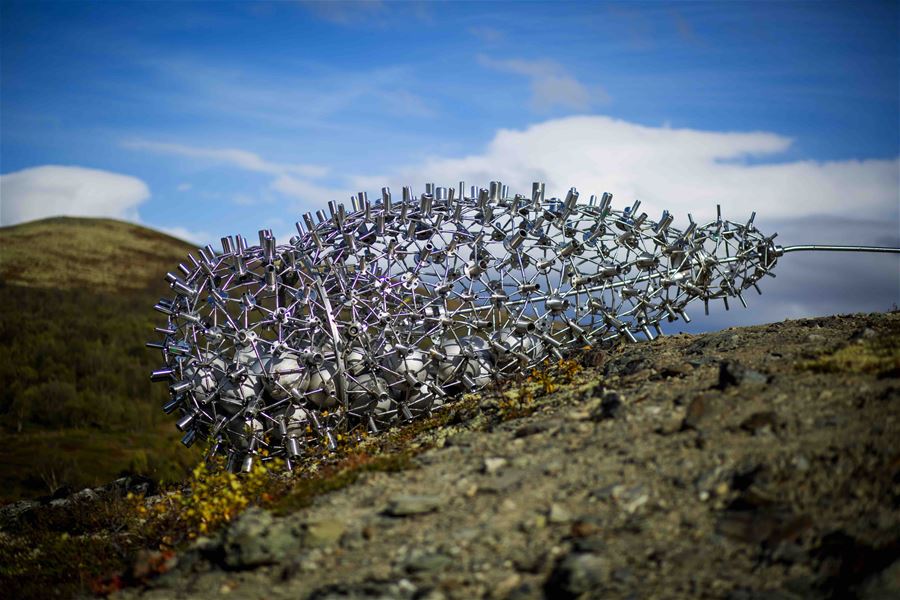 To the Website
MENTAL GENE BANK (2016) “Art gives viewers the opportunity to explore themselves. To me it's about examining the human condition. ” Per Inge Bjørlo.
On a slope at Hjerkinn, overlooking the open plateau and the Snøhetta mountain, is Bjørlo’s sculpture Mental Gene Bank. With its rounded shape, tapering towards its attachment point in the ground, the sculpture has a strikingly organic character, despite the fact that it is made of stainless steel, an industrial material often used by Bjørlo.

Short, thin tubes form an outer network enclosing the core, which is composed of several spherical elements. The nature of space plays an essential role in Bjørlo’s work, as can be clearly seen in Mental Gene Bank, where the outer network forms an inner space that finds its counterpoint in the open countryside The sculpture can be viewed as an image of that which is deeply human: private mental space. Bjørlo himself says that the work is about "capturing the way in which we all carry thoughts that we do not share with others”.

The personal is always the starting point of Bjørlo’s art, but these details are never revealed. As with his other works, Mental Gene Bank offers an experience that triggers reflection in its viewers. Bjørlo comments: “Art gives viewers the opportunity to explore themselves. To me it's about examining the human condition. ”