Tverrådalskyrkja is a first-class 2000 meter peak. At the top, you find yourself on an edge with a view so incredible, you’ll need to pinch your arm.

Tverrådalskyrkja towers majestically in the western landscape of Breheimen. At 2088 metres above sea level, it is the highest ‘mountain church’ in Norway, but as peaks higher than 2000 metres go, it is relatively unknown. This means that you don't have to worry about it being overcrowded – you can really take in all the contrasts this spectacular trail has to offer: Lush, green valleys, wild river chutes, steep scree, glaciers and a magnificent peak edge with wild plunges guaranteed to make you dizzy.

Heading straight to the top

The first summery day of July, we park by Sota Sæter before setting off along the gravel and turning left onto a trail marked by the trekking association. We follow the signs towards Nørdstedalseter via Fortundalsbreen. As we wander along Tverrådalen, we keep our eyes firmly on today’s target: Tverrådalskyrkja lures us in with an impressive profile. We walk on snow-clad ground along Steindalen, and follow the markers to the right of Styggvatnet. We enjoy a long lunch, hoping for a little sun and a broader view. The weather site Yr.no’s promise of lighter weather comes true, and we push on. We stray onto Fortundalsbreen for a little while before leaving the markings. This is where we start climbing the steep scree up to the eastern ridge. Aiming towards the top is fairly easy, but be aware of plunges to the north.

Once we get to the top, we can’t help but gasp. After following a long, wide ridge, we suddenly find ourselves on a sharp edge stretching from the north to the south. The western side has some staggering plunges, and all around us, there is a spectacular view that leaves you breathless: We see Jotunheimen, Hurrungane, Jostedalsbreen, Tafjordfjella, Reinheimen and towards Dovrefjell. Tverrådalskyrkja has given us a hike and a view not soon forgotten 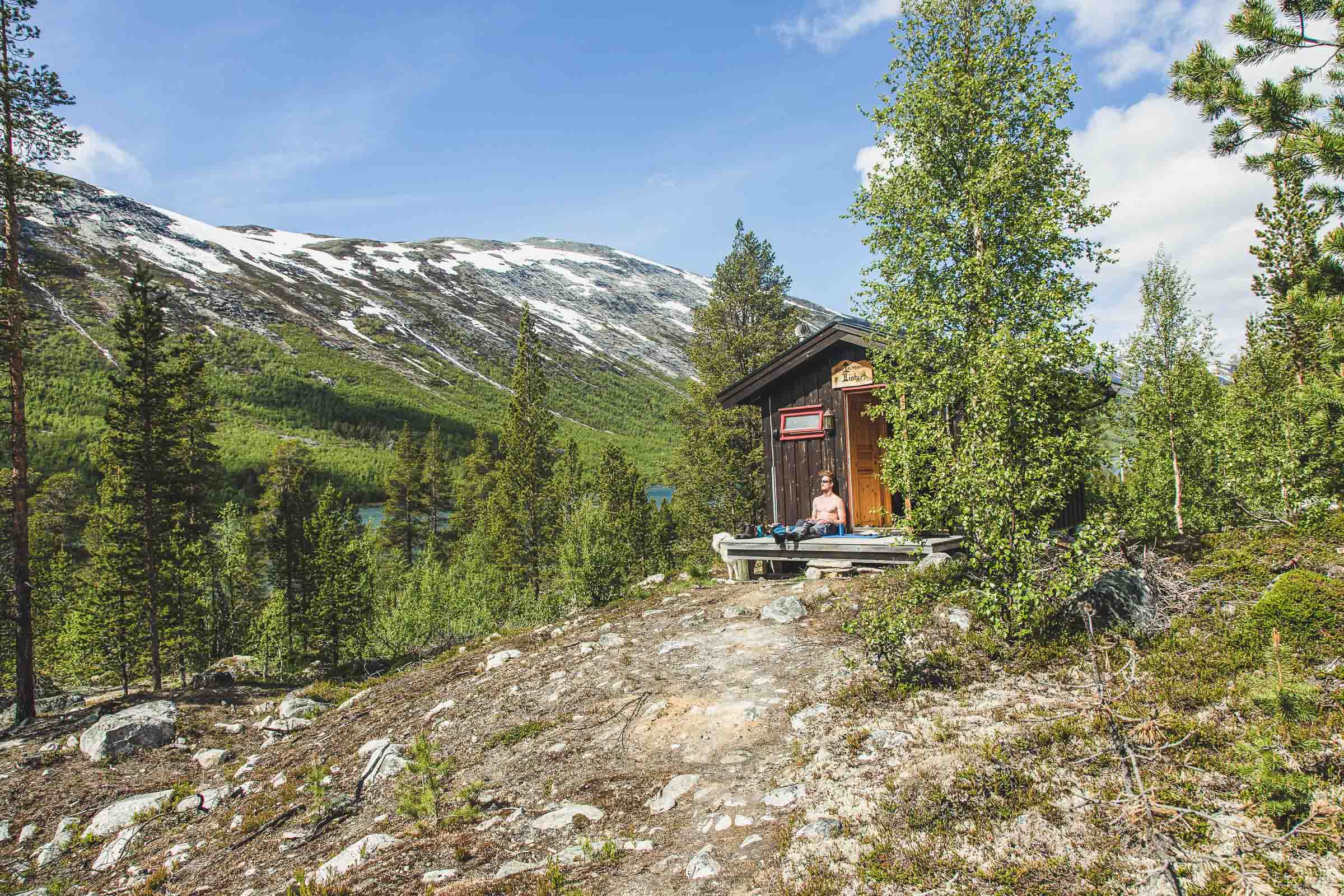